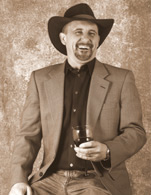 What are some common mistakes people make that leave their joomla site vulnerable to attack?

There are a few, yes. I would say the top one in the 1.x.x days was permissions and the basic stuff like Global Registers, safe mode, etc.. However I would say today one of the more common (Not only common to Joomla) is the lack of a patching methodology. In other words, keeping up with patches on their extensions on Joomla, on their OS and server. That is SORELY lacking in many websites large and small.

What's the worse case of a hacked site you have seen? ... Without naming any names of course.

BY far there have been two -one in Los Angeles and One in Australia that were bad. Both shared a common theme, that is, I removed the root kits, the other scripts and so forth and they would return. The second one (in Aus) was most interesting. I believe there to have been a CRON (timer) job running that kept restoring the malware. It would show up very regularly - the host told my customer that I should refund his money (for removing the root kit and pointing out the issues). I laughed, thinking, the bad guys PWND your server and you think I need to refund YOUR client who you wouldn't help...hmm. By far these two have been been nearly the worst .

However the WORST was one I worked on (again in LA California but a different client) - the client whom I spent around 10 or 11 hours removing tons and tons of malware, and he was on a Windows server (my first time seeing Joomla on Window) - at the end of it , the customer did not want to pay for my services. By far - the worst technically and financially.

Are some hosts more secure than others. Are there some you recommend? or perhaps others you suggest to avoid?

There are MANY good hosts out there - and even more bad ones. I do not recommend hosts, in case they turn bad.I have a short lists of hosts I ALWAYS recommend against due to past performance - but I hold out hope they will change - I can offer some tips however:

How can you tell if your site has been hacked? Assuming they haven't defaced it a well.

ah - yes - defacement's are the Internet Equivalent of Graffiti on a wall. One of the best ways is to learn how to watch your log files, learn to read them that is. If you watch them regularly you will see a pattern emerge. By watching those logs you can see if a change occurs, that is an unexpected change. Another item to watch is your bandwidth in our out - if you know you consume a certain amount a month and then it jumps up to 3x that amount - its a GOOD sign that you have an unwanted guest. At the end of the day, its about learning to watch your logs. They are your best friend.

Where can people go to see if their extension is insecure?

There are several - but one of the BEST is milW0rm.com. This site leads more than most on vulnerabilities.

](http://www. joomlarescue.com) We provide a range of services including a basic health check, an advance healthcheck and of course removal of Root kits, viruses and other mischief.